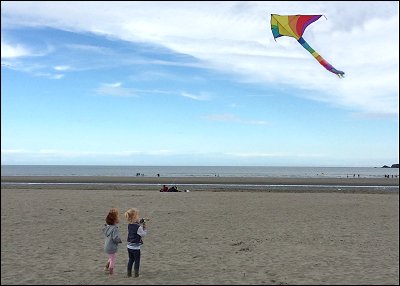 Poppit Sands is a very wide sandy beach at the estuary of the River Teifi near Cardigan in Wales. It is close to St Dogmaels and the northern end of the Pembrokeshire Coast Path starts there.
This is an excellent beach for kite flying - especially at low tide.
Lifeguards present in summer season. 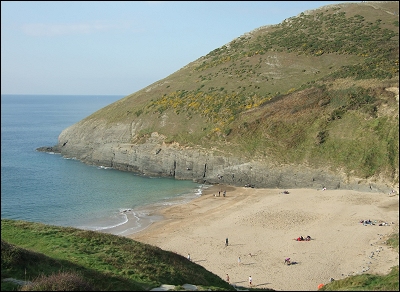 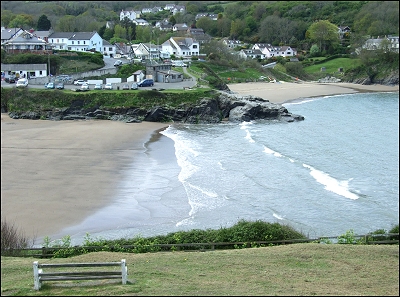 In the 16th century, Aberporth with its two fine sandy beaches, was an important landing point. Salt for preserving was brought in from Ireland. Nowadays, tourism is more important. 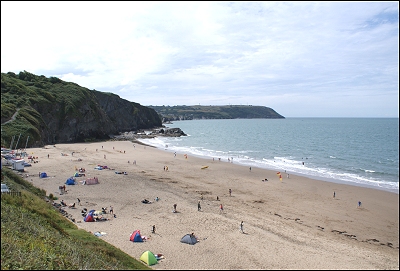 Legend relates that a certain king of Ireland had seven troublesome daughters. Failing to exercise control over the princesses he finally lost his patience and told his servants to put his daughters on an open boat and cast them adrift. The Irish Sea currents took the craft to the coast of Ceredigion . The seven princesses landed and married the sons of local farmers. This is why the settlement is called Tresaith (Welsh 'the Town of Seven'). 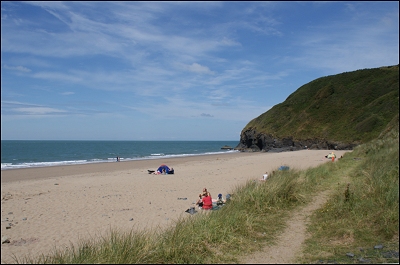 Penbryn Beach, between Llangrannog and Tresaith is owned by the National Trust and was used for location filming for the James Bond film Die Another Day. Although there is a car turning area just above the beach, parking is at the National Trust car park Ľ mile from the beach next to the cafe. 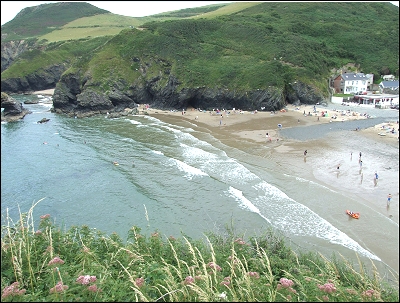 Llangrannog lies in the narrow valley of the little River Hawen, which falls as a waterfall near the middle of the village. The earliest parts of the village (the "church village") lie above the waterfall and are hidden by a twist of the valley so that they cannot be seen from the sea. This protected them from the attention of sea marauders, the Vikings and the Irish. 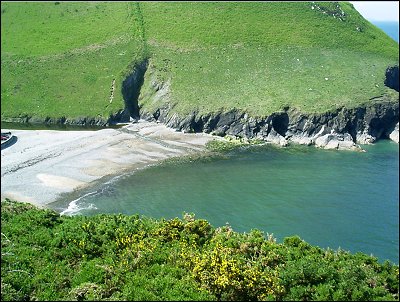 Cwmtydu was once a traditional smugglers’ hideaway. Either side of the beach are cliffs with caves that were once used to hide French brandy and salt until they could safely be ferried inland on horseback. Seals are often seen here and pups have been born in recent years at Cwmtydu. 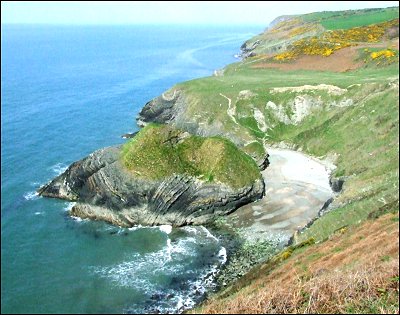 Castell Bach - Little Castle, is a Celtic iron age settlement and promontory hill fort which dates to about 300 BC. The settlement occupied a flat plateau and was protected by double ditch and earthwork defences the remains of which are still evident today. This beach is only accessible from the coastal path and is a short walk north of Cwmtydu. 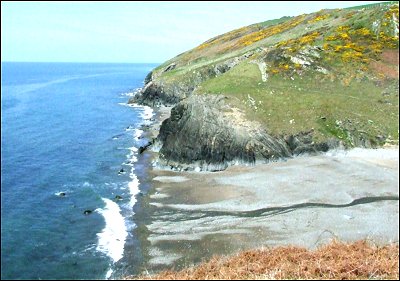 Accessible only from the coastal path and from a footpath from the small coastal village of Nanternis, this little beach - Traeth Soden, is popular in the summer and is known locally as the secret beach.
This is one of the many smugglers coves on the route and is a good spot for fishing. 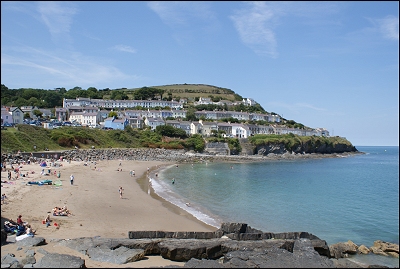 Just to the south of the pier, Dolau beach lies below the main car park. and close to the southern terraces of Rock Street, Marine Terrace and Lewis Terrace. Close to the top of the path leading to the beach are New Quay's two fish and chip shops, the Mariner and the Captains Rendezvous. Fish and chips on Dolau beach is a local favourite. 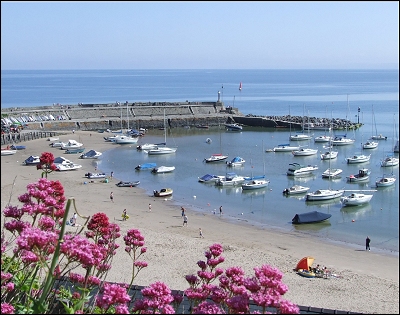 Lying between the two piers at New Quay, the Harbour beach is the area's most popular beach in the summer as it within close walking distance of the centre of New Quay where there are many self catering cottages and Guest Houses. Click on the links at the top of this page for a comprehensive selection of accommodation in New Quay and the local area. 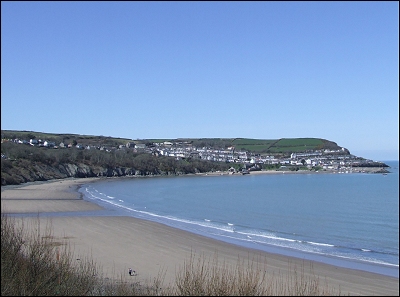 Traethgwyn extends from Llanina Point to the New Quay lifeboat station and is a wide sandy beach at low tide. Public access is from New Quay by walking along the beach from the lifeboat station, however care must be taken as people can be stranded on the rocks by the incoming tide. There is also access to this beach from the Quay West Caravan Park and from a footpath by the church at Llanina. 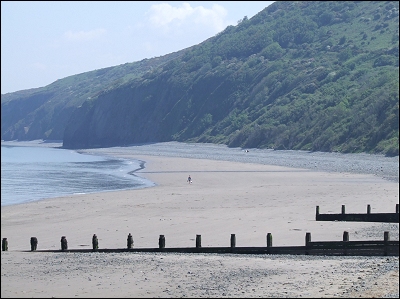 Cei Bach (Little Bay) is just to the north of Traethgwyn at New Quay and separated by that beach by the rocky promontory of Llanina point. In the last century, there was a church on the point that was washed away by the sea. Cei Bach was important for ship building in the late eighteenth and early nineteenth centuries, and there were several lime kilns above the beach. Limited parking, 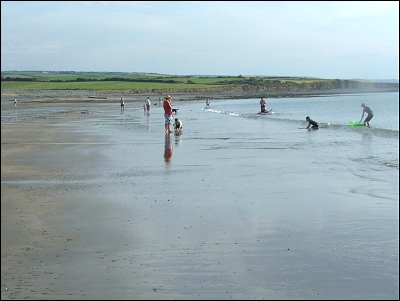 Llanrhystud is a small seaside village on the A487 , nine miles south of Aberystwyth. It is named after the early Christian Welsh saint Rhystud. There is a narrow road opposite the filling station that leads through farmland to the car park above the beach. The beach is a narrow shingle bank at high tide, but becomes wide and sandy at low tide. To the south of the beach are several lime kilns - some of the best examples in the county. Small free car park.